Read through the official lyrics of NLE Choppa. ‘Shotta Flow 6’ is another hit single from the album  ‘Me Vs Me’, produced by CashMoneyAP, YoungKio and KINGFISHER.

Verse
Said I was done, I’m back at it again
Back in the car, we spinning the bin (Brrt)
Slide to your man, I’ma shoot at your friend (Shoot at your friend)
Knock him down and then we do it again (Do it again)
Glock automatic, I change the pin (Change the pin)
Pull a carjacking, we change the VIN (Change the VIN)
Don’t give a fuck which lane you in (Yup)
Knuck if you buck, knock the brain out your skin (Yup)
Tell ’em get low like we doing limbo (Brrt)
‘Cause I’m stepping for sho’ (Brrt)
You get hit in your throat
Never aiming at your motherfucking toe
That’s where the tag go when I up the scope (Brrt)
Asking my bro is he puffing on Dro
He was telling me, “No, it’s the nigga we smoked” (Brrt)
I didn’t know until I seen the ghost, so I called up Ghostbusters and sold ’em a bow (Brrt)
Dick in her mouth, she keep gagging and sucking (Gagging and sucking)
Nut on her cheeks, she was laughing and blushing (Laughing and blushing)
Grabbing my heat, I be clutching for nothing (Clutching for nothing)
Crash out elite, get to upping in public (Upping in public)
Big .223 told my nigga to tuck it
And when I tell you, “Bust it,” you better start busting (Brr-brr-brrt)
I saw a witness, but I’m yelling, “Fuck it” (Ayy, ayy, ayy)
I started untucking and got me a bucket
Assaulted cop when a nigga was seven
When I turned eleven, I toted a felon (Ayy, ayy)
My nigga was snaking, I knew I could smell it
When I’m feeling threatened, I turn into Melly (Ayy)
Free Melly (Melly)
One pop, we pop, we made him drop
We spinned his block (Come here, come here)
Stand over tops (Come here, come here)
We never stop until our Glock go, “Pop, pop, pop” (Let’s go, let’s go, brrt)
Haha, click
Ayy, nigga you know that I hit (What?)
I was up close when I splitted his shit (Splitted his shit)
Banged the jit, then banged his bitch (Banged his bitch)
Hunnid on it, no aim and shit (No aim and shit)
Barrel burning, no coolant kit (No coolant kit)
My wax, no claiming it (No claiming it)
MC with the hammer, I’m too legit (Yeah, yeah, yeah)
I got a bitch and she really too thick (What?)
She be throwing her fits when she ain’t getting dick (What?)
Really making me sick, but she do that one trick (What?)
When she split on that dick, got me cumming so quick (Ayy, ayy)
And she suck like a tick (Ayy, ayy)
And her throat like a crick (Ayy, ayy)
Got me hard as a brick, so I shot me a flick (Yeah, yeah)
Ayy, she my dawg like Vick
Ayy, do what I say, sensei (Like sensei)
Yeah, yeah, these niggas police, they just be undercover
Know how that be, it can be your own brother (Fuck ’em)
Got in the gutter, start singing like Usher
But we let it burn like you fuck with no rubber (Yeah)
We let it burn like you fuck with no Jimmy
My name holding weight, but a nigga be skinny
I’m shiesty like Pooh, but I’m not talking Winnie
Shoot at your committee
I’m talking no kizzy (Hehehe)
Yeah, no kizzy (No kizzy)
Ayy, spin on the block till a nigga get dizzy (Brrt)
I make ’em take a seat like he was with Wendy (Brrt)
Catch him at breakfast, I catch him at the club
Like DJ Envy, give him shots of Henny (Shots of henny)
How many shots?
I don’t know, gave him plenty
I left that boy tipsy, you shouldn’t offend me (Brrt)
Fall in the party, I got the bitch moving (Got the bitch moving)
All in the crowd with my motherfucking jewelry (Motherfucking jewelry)
Reach and I get me a trial and a jury (Trial and jury)
Know I’m a rapper, I’m also security (Also security)
Lil’ Uzi tucked up in my Amiri’s (In my Amiri’s)
Fucking a groupie she screaming out period (Out period)
Bitch was too wet ’cause I knocked on her period (Knocked on her period)
She said it’s the dick for me, period (Period)
Greatest to do it, need to bring me a trophy (What?)
Know that I’m gangster, but act like a yogi (What?)
Say you a killer, well nigga come show me (What? Come here)
Started approaching, then he did aerobics (Brrt)
So much cheese on me, I’m getting loaded (Ayy)
Put the squeeze on him, I left him bloated (Ayy)
She better on her knee, I won’t sugarcoat it (Ayy, ayy)
She want the side piece but got a promotion (Ayy)
Glock or the Draco (Draco)
Boy you better lay low (Lay low)
Pop-out when the case over (Case over)
Pop-out when the case closed (Case closed)
Wonder where his face go (Where his face go?)
Give that boy a halo (Ha-lo)
My shooter off the meds, he be tweaking if I say so (What? Yeah)
Bitch (Come here)

Outro
Nigga
Ayy, six, nigga (Brrt)
Yeah, bitch (Hahaha)
Ayy, said I was done, I’m back at it again (Call that)
Back in the car (Call that), we spinning the bin.

10 Common Mistakes Made When Choosing Perfumes 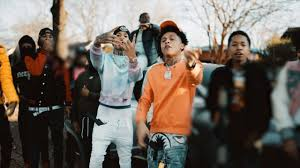 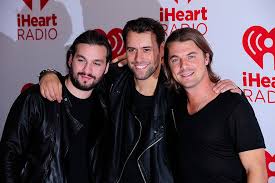 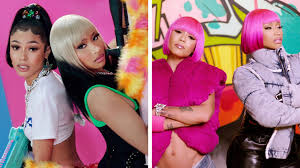 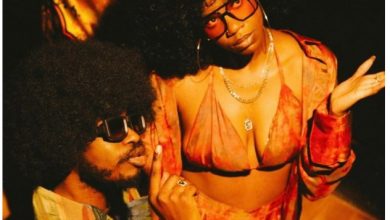